VLCM and vendor Barracuda will be presenting the seventh stage of the Tour, starting on Historic Main Street in Park City. This 78 mile race features a six-mile climb with a gradient that averages 10 percent, with pitches reaching even 20 percent. Last year, the race saw former world champion and Tour de France champion Cadel Evans (Australia) of BMC Racing Team use his superior descending skills to catch and pass the lead group on the Mine Road, with speeds exceeding 60 miles per hour. American Tom Danielson of Cannondale-Garmin took the overall title for a second consecutive year on Stage 7.

The Tour of Utah features the most climbing of any race in North America with 51,442 feet/15,679.6 meters of elevation gain; rolls by 10 ski resorts, and has included two new courses for Tour of Utah Women’s Edition. This prestigious race showcases the world’s top cycling athletes and offers fans up close action.

JOIN THE RACE AND LOOK OUT FOR VLCM AND BARRACUDA AUG. 3-9. 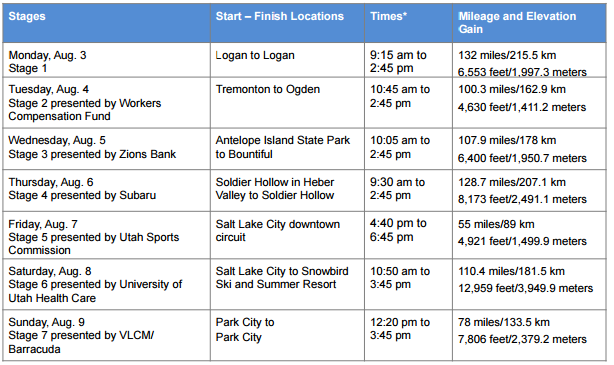