BE PROACTIVE THROUGHOUT THE CYBER KILL CHAIN

Too often, a company’s approach to cyber security is reactive, with the IT support team focusing on vulnerabilities and improving security systems after an incident has occurred. It’s an ineffective method and leaves the organization susceptible to further attacks. 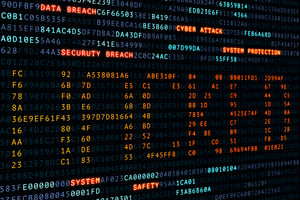 Taking a proactive, network wide cyber security approach allows the organization to pull together plans, policies, and tools to better anticipate and prevent cyber attacks from happening or mitigating them before damage is done. The first step in putting together a proactive approach is to take steps to truly understand the steps of the cyber kill chain.

TIME IS OF THE ESSENCE

According to the 2017 Verizon Data Breach Investigation report, although it only takes a few minutes for a cyber attack to wreak havoc  a network, it can take months before the attack is discovered — as long 200 days on average by some estimates. By then, the damage is done with records compromised or data stolen and being used for financial gain. The time difference between the actual attack and its discovery gives hackers the upper hand.

STEPS OF THE CYBER KILL CHAIN

Hackers tend to follow certain patterns for their attacks. The more you and your IT team knows about these patterns, the better chance you have to find threats before they cause damage. The steps of the cyber kill chain include:

Every network is vulnerable to a cyber attack. How well your organization survives it depends on whether you were proactive or reactive. By understanding the way hackers operate, you can cut off attacks at any point in the cyber kill chain. VLCM, a Fortinet Partner, has the resources and expertise to put a proactive strategy in place.