When it comes to application and desktop virtualization, the performance of your network is the driving force behind your end user’s quality of experience (QoE). However, when you consider the many factors that can affect the QoE, it can seem a daunting task to manage your network in a way that your end users experience the highest quality possible. At least, it would be challenging, if it wasn’t for HP velocity. 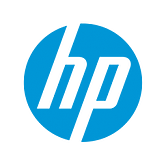 Several different and related factors can contribute to a poor QoE for a network’s end users. These can include circumstances surrounding WiFi congestion, poor video and audio quality, slow file transfers, high latencies, and packet losses. Along with all of this, there are the problems posed by remote access, where you have users connecting over third-party networks and 3G/4G connections. Determining where the problems reside with these users’ profiles is often very difficult, because of the visibility you don’t have with these connections.

The HP Velocity Solution
All problems aside, there is a solution to the frustrations associated with virtualization of desktops and appplications. HP Velocity is an effective way to manage your application and desktop virtualization for remote offices. Velocity does this by addressing the more common problems associated with virtualization through an easy-to-use software package. Problems such as the latency of your network, the congestion of your WiFi, and the loss of packets, all contribute to the primary causes of poor QoE. Here’s what HP Velocity does for these cases, straight from the source:

Additionally, the usage of HP Velocity over wireless networks shows a substantial increase in Mbps. The following graph comes directly from HP and shows the contrast between those systems using HP Velocity and those that aren’t.

All HP Thin Clients have HP Velocity included. Along with the basic parameters of the suite, it’s also equipped with optimizers to tackle not only the WiFi inadequacies, but also the latency and packet-loss problems associated with virtualized environments.

You can see from the graph that the performance increase is exponential. Wireless 3G/4G network speeds are more than double, and it’s the same story with wireless and intercontinental connections.

More amazingly, when you look at branch offices and cross-country residential and enterprise increases, the numbers are nothing short of astonishing. HP Velocity provides these performance gains in both managed and unmanaged network environments. With HP Velocity, there’s no real need to deal with slow network speeds anymore.

Don’t Worry You’re in Control
One of the greatest concerns associated with virtualizing desktops and applications is the lack of control that can exist over unmanaged networks. With HP Velocity, this isn’t a problem. HP Velocity extends your control beyond your corporate or private network. With HP Velocity’s robust policy engine, you can determine how to optimize each application and end-user individually.

HP Velocity also creates seamless end-to-end visibility for your critical application flows. And again, this is across managed and unmanaged networks alike. If, for example, QoE problems are escalated from the end-user, HP Velocity can provide the administrator with the complete toolkit, which includes per-flow metrics and insight into possible end-system bottlenecks. These could include the following (taken directly from HP).

You can find more information on end-to-end control and visibility in the “HP Server Side Deployment Guide.”

VLCM and HP
VLCM has been an HP Preferred partner for over 20 years. The company’s experience with HP products is such that we continue to highly recommend them for all our customers’ IT needs. If virtualization bottlenecks are threating your QoE and you’re considering HP Velocity as the solution, look no further than VLCM.

About VLCM
Celebrating 30 years of service in 2013, VLCM is one of the largest technology resellers in Utah. VLCM succeeds because they bring technology into the business planning process and align their customers’ vision with the right technologies and professional on-site service. With a team of more than 25 local engineers, they assess, plan, implement, and service critical business technologies with leading brands such as HP, VMware, and Barracuda.